Ultra Darling was the only lipstick I picked up from the Supreme Sheen collection, there have been a lot of comparisons between this and Crosswires which has put some people of buying it. I now have them both so thought I would do some quick swatches. 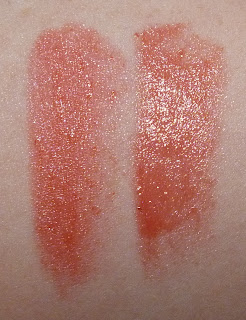 jobetterdays
UK based Make Up Obsessive! I am a true Rock Chick at heart, love so many bands!

If you are a company and would like to send me a product to review please contact me at jobetterdays@hotmail.com
If you are a reader and have any questions or just want a chat feel free to email me there too!

My Gig History So Far

Any reviews written on my blog are my personal and honest opinion.
I have never and will never accept payment to review a product.
99.9% of the products featured are ones I have purchased with my own money. If I am ever sent anything for review purposes for free I will always say so in the post.